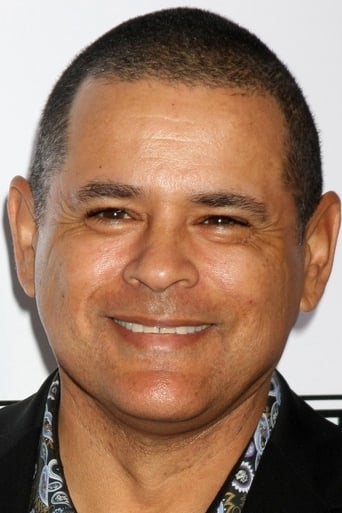 Raymund Cruz (born July 9, 1961) is a Mexican American actor. He is mostly known for playing military roles. His movie roles include Clear and Present Danger as Ding Chavez, The Substitute as Tom Berenger's second-in-command Joey Six, The Rock in an un-credited U.S. Marine role, From Dusk Till Dawn 2: Texas Blood Money as Jesus, Alien Resurrection as USM Private Vincent DiStephano, and Under Siege as Ramirez. He also appeared in the gang movie Blood In Blood Out, playing the role of Chuey, a gang member from the Vatos Locos. In 2005 he played Chino In Havoc. He also appears in Gremlins 2: The New Batch, credited as "The Messenger," and in Training Day as a gang member named Sniper, the poker player who doesn't know that three-of-a-kind beats two pair. He has made guest appearances in the Star Trek: Deep Space Nine episode "The Siege of AR-558", in The X-Files Season 4 episode "El Mundo Gira" and in the second season of 24 as a thug. In the Music Videoclip from Madonna Vogue ,He also made an appearance as the father of a murdered girl in CSI. Cruz played a large distributor of methamphetamines named Tuco on Breaking Bad in 2008. He is now a regular cast member on the TV series The Closer. Cruz also had a recurring role as Paco on My Name Is Earl, and as Alejandro Perez on Nip/Tuck. Description above from the Wikipedia article Raymond Cruz, licensed under CC-BY-SA, full list of contributors on Wikipedia.