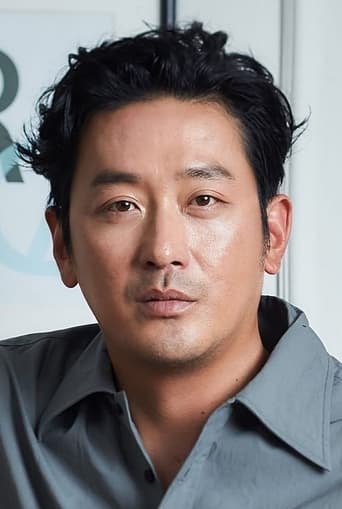 Ha Jung-woo (Korean: 하정우; born Kim Sung-hoon on March 11, 1978) is a South Korean actor, film director, screenwriter and film producer. One of the highest grossing actors in South Korea, Ha's starring films have accumulated more than 100 million tickets. Only 3 other actors have reached this milestone, with Ha being nearly a decade younger than the rest when achieving this. His breakthrough to stardom came with the role in Na Hong-jin's serial killer film The Chaser (2008). One of the leading actors of his generation in Korean cinema, Ha showcased his versatility across films of various genres: road movie My Dear Enemy (2008), sports film Take Off (2009), action thriller The Yellow Sea (2010), gangster saga Nameless Gangster: Rules of the Time (2012), romantic comedy Love Fiction (2012), spy actioner The Berlin File (2013), and action thriller The Terror Live (2013). Ha is also known for his role as grim reaper Gang-rim in the fantasy action film Along with the Gods: The Two Worlds (2017) and its 2018 sequel. He made his directorial debut through the comedy film Fasten Your Seatbelt (2013), followed by Chronicle of a Blood Merchant (2015).