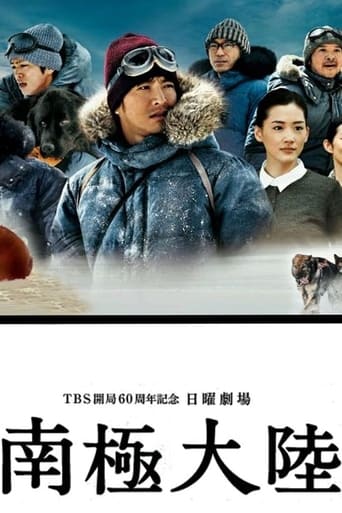 Set in the 1950's, a Japanese Antarctic research exploration team and 19 dogs that accompanied the team are stationed at the Showa Base in Antarctica. After a year, the exploration team is ordered to withdraw from the Antarctic station due to severe weather conditions. The dogs have to be left behind. The following year, the next team arrives at the Showa Base station and a miraculous reunion occurs between a dog handler accompanying the new tean and two dogs, Taro and Shiro, that are brothers.