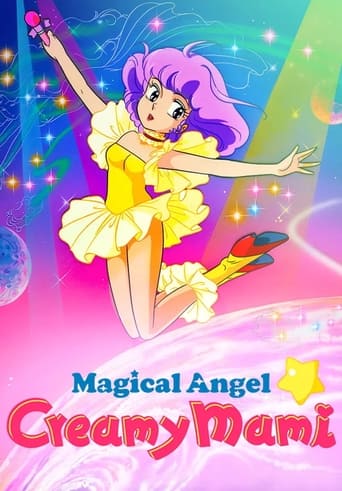 Creamy Mami, the Magic Angel is a magical girl anime series by Studio Pierrot which aired from 1983 to 1984 on Nippon Television. It went on to have five OVA adaptions and featured in other Studio Pierrot special presentations. A three volume manga was released during the original TV run, with the story written by Kazunori Itō and art by Yuuko Kitagawa. This was the first of five magical girl anime to be produced by Studio Pierrot, and the first of these to feature the designs of Akemi Takada. In 2005, the web-poll for TV Asahi's top-100 anime of all time saw Creamy Mami, the Magic Angel poll 82nd. The series is currently streaming in North America via Yomiuri Group's planned Anime Sols video service, as of spring 2013. Thus far, a limited DVD release of the first thirteen episodes has been successfully crowd-funded at Anime Sols, with the second set of episodes currently in crowd-fund mode.