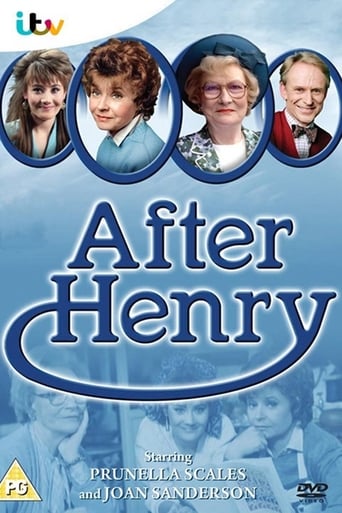 After Henry is a British sitcom that aired on ITV from 1988 to 1992. Starring Prunella Scales and Joan Sanderson, it had started on BBC Radio 4 in 1985, finishing in 1989. It was written by Simon Brett. After Henry was made for the ITV network by Thames Television. The BBC was reluctant to produce After Henry for television, so in 1988 after the third radio series Thames Television did so. The show was surprisingly popular, attracting over 14 million viewers. A second television series was shown during the same months as the fourth radio series with, in many cases, both radio and television episodes being broadcast on the same nights. The fourth television series was broadcast from July 1992, after the death of Joan Sanderson, who had died on 24 May.