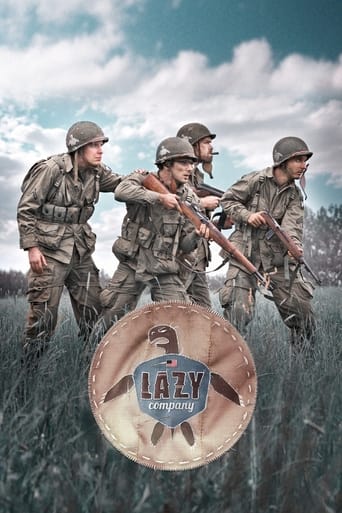 June 1944. The landing. The American airport parachutes its best men in the heart of occupied France. The best ? Not only ... Four lost soldiers form an improvised unit, united by a total incompetence for the war and determined to "hide while waiting for it to pass". Because if the world is experiencing the largest armed conflict that humanity has ever known, they have every intention of staying alive ... and of crossing paths with French women as well ... What they don't know is that destiny has given them a much more important role. Clumsy, a little cowardly, endearing, they form the most special unit of the American armed forces: four morons who, without really doing it on purpose, will change the course of history ... They are the Lazy Company.